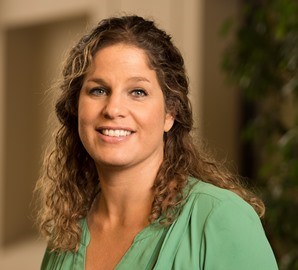 The Membership Advisory Task Force was pleased to sponsor its sixth Career Development Session at the 2016 ACNP meeting. This year the chosen topic – “Negotiation for Early-Career Scientists: A View from Both Sides” – coincided with that of the Women’s Luncheon. We were fortunate to have Dr. Andrea Kupfer Schneider, the invited speaker for the Women’s Luncheon and a Professor of Law and Director of the Alternative Dispute Resolution Program at Marquette University serve as a member of the panel. Accompanying Dr. Kupfer Schneider on the panel were Drs. Vaishali Bakshi, Deanna Barch, George Koob and David Lewis. Thus, in addition to Dr. Kupfer Schneider’s expertise, there was a wide representation in terms of career stage, leadership positions and scientific specialties. The session was moderated by Dr. Shelly Flagel and was extremely well-attended, resulting in standing room only shortly after it started. By a show of hands, it appeared as though most attendees were indeed in the early stages of their career in hopes of landing their first faculty position in the coming years, and primarily PhD’s or MD/PhD’s at academic institutions. Following a brief introduction by the panelists, Dr. Flagel led the discussion with specific questions or topics that were submitted by the attendees prior to the meeting. One of the overarching questions was, “What constitutes a ‘supportive’ environment or department?” This led to the topic of what to look for in a department and subsequently what to ask for when you start negotiating for a position. Hearing the perspective of Drs. Lewis and Barch, both Department Chairs, was especially helpful, as we learned that, while it is important to know what a good starting place is for negotiations, there are no hard and fast rules and everything is on a case-by-case basis. We also heard about some of the “behind-the-scenes” issues that may come into play that the applicant may not be aware of. In addition, Dr. Kupfer Schneider had some wonderful words of wisdom in terms of how to broach complex topics with your Department Chair and how to be successful and “win” these difficult conversations. Dr. Bakshi provided insight regarding the different tracks (e.g. research track vs. clinical track) and we discussed some issues that may arise if you are a basic scientist in a clinical department. Likewise, the topic of protected research time for MD/PhD’s came up. Perhaps not surprisingly, the conversation at one point centered around funding, and Dr. Koob’s input was especially helpful regarding the different funding opportunities and success rates for young investigators and career development awards. Other topics that were discussed included the transition to independence and time management during the early stages of your career. In sum, this was another lively and informative Career Development Panel and bridging the topic with the Women’s Luncheon seemed to work well.

.@npp_journal is pleased to announce an updated impact factor of 8.294. Thanks to our authors, our reviewers and everyone on the NPP editorial team!

The 8th Annual BRAIN Initiative Meeting is today and tomorrow! Join investigators, trainees, agency reps, and the media for this #OpenScience event focused on building a community committed to uncovering the complexities of the brain. More at: https://bit.ly/3udPLOl #studyBRAIN